Growing up in a swath of India that reaches from Mumbai through Rajasthan to New Delhi, UT junior Aryan Bhalla’s move to Texas meant his first time in the United States. Austin’s reputation as a lively city and UT’s reputation as a campus full of ambitious people compelled Bhalla to apply to the College of Liberal Arts in 2019. 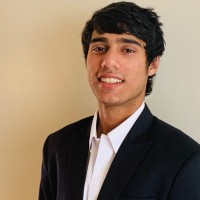 “The atmosphere of the city and the university closely aligns with my choices and who I am as a person,” said Bhalla, an economics and sustainability studies double major.

After receiving admission to UT, Bhalla then applied to the International Education Fee Scholarship. Through powerful writing and clever rapping skills, Bhalla became the third recipient of this competitive award that covers up to four years of tuition and related expenses on the Forty Acres. The scholarship is awarded annually to one incoming international freshman facing financial hardships, allowing them to make the most of their time on campus rather than worry about finances.

“The International Education Fee Scholarship is the single biggest contributor to my arrival in the United States and to my stay at the University of Texas at Austin,” Bhalla said. “It’s by far one of the biggest and most treasured accomplishments of my life. It’s something that I take on as a personal challenge and a personal responsibility.” 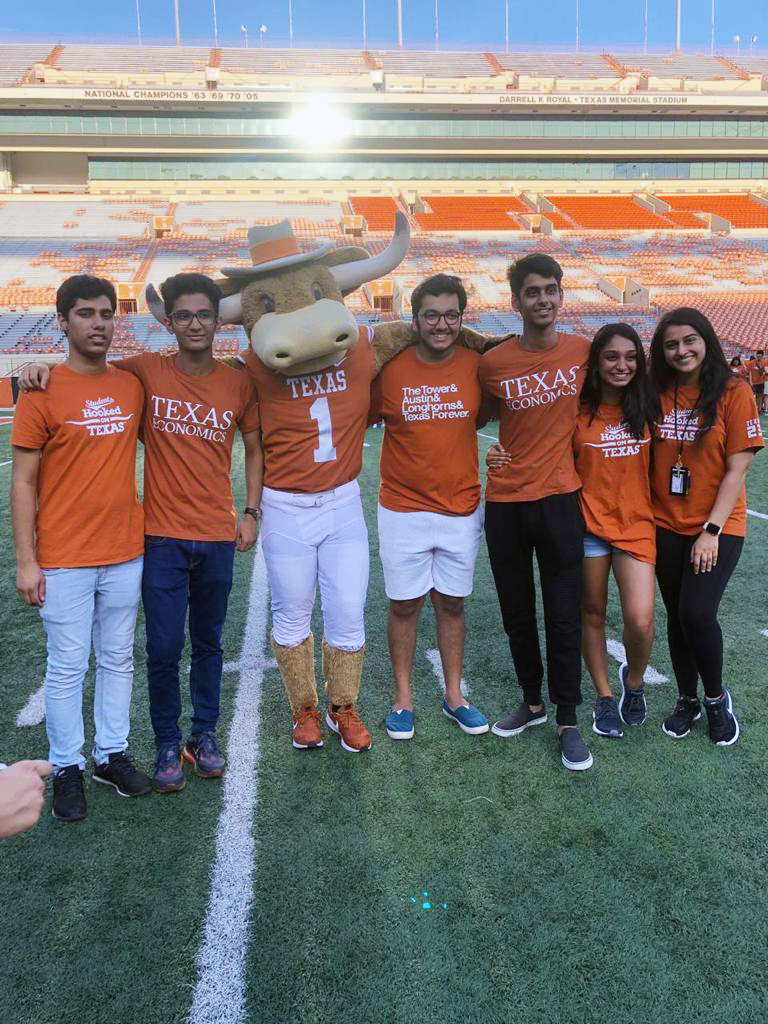 In his first year at UT, Bhalla landed at Jester East, a bustling student dormitory and dining hall.  Bhalla enjoys connecting with people of diverse backgrounds, and says his friends are the support system that helps him get through tough moments.

“Coming here was a transition,” Bhalla said. “I have an interesting amalgamation of freedoms now that I didn’t have before–mainly the opportunity to interact with a lot more people and do a lot more than I used to.”

Through embracing opportunity, Bhalla has taken the campus by storm. When not writing poetry for The Liberator or blogging recipes for Texas Tasty, Bhalla organizes social events for the Liberal Arts Council, the legislative student body of the College of Liberal Arts. He joined the staff of The Daily Texan, participated in the Longhorn Entrepreneurship Agency, and captained an intramural soccer team. He interned with Pop Social and worked three on-campus jobs for UT Libraries, OnRamps, and Kinsolving. Now, he wants to start a rap group.

“It feels nice to have played a part in building something, even if it’s something as small as a song or as large as legislation,” Bhalla said. “I like the feeling of contributing, of being a part of something bigger.” 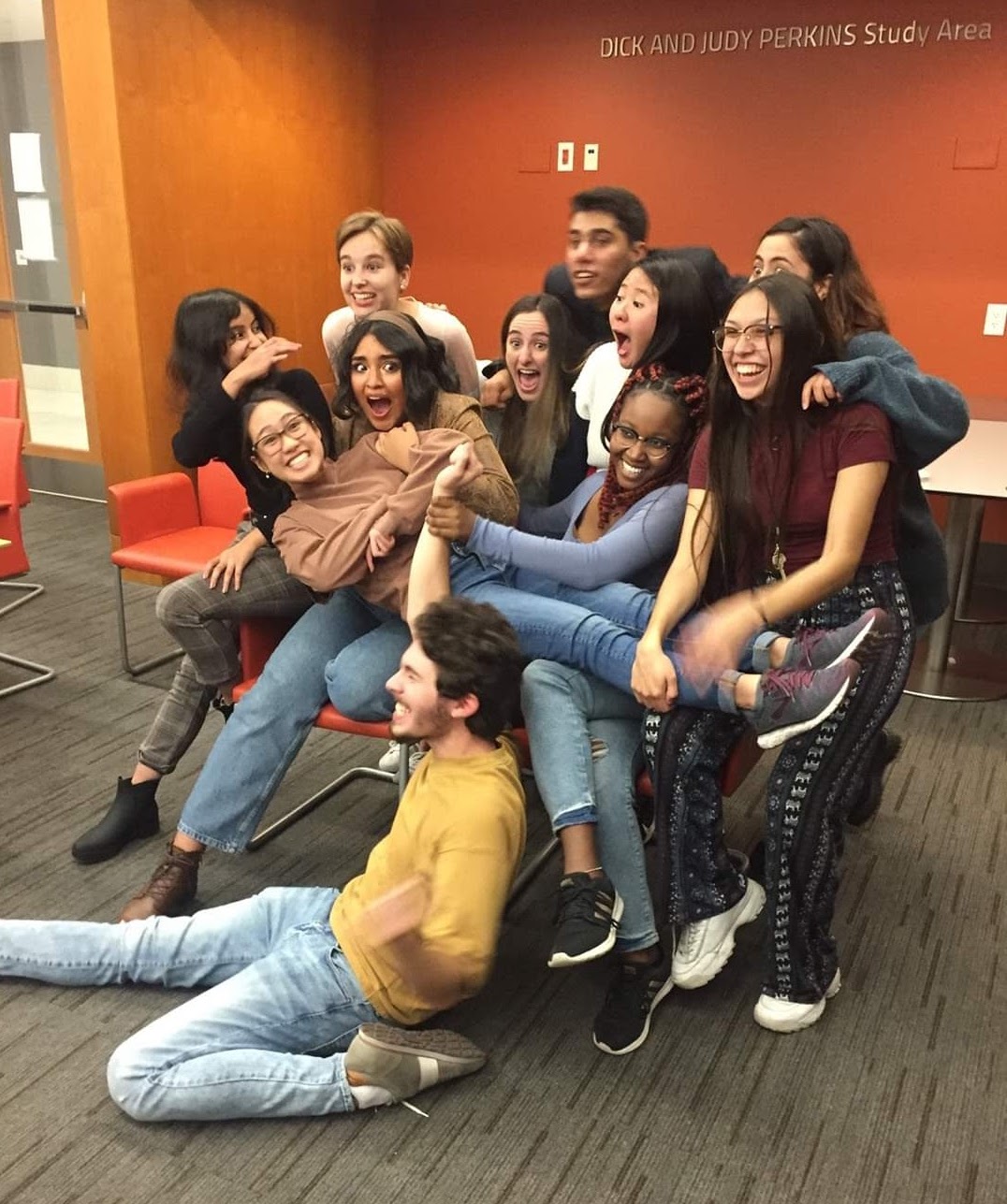 Bhalla’s full course load in sustainability studies and economics will bring even greater opportunities for his future.

“I can solve monetary problems and I can solve sustainability problems,” Bhalla said. “I like solving problems and helping people. How I’m going to do this, I don’t have a clear plan yet. But I’m sure I will.”

Bhalla’s advice for international students revolved around enjoying the process of hard work rather than stressing about the end goal. 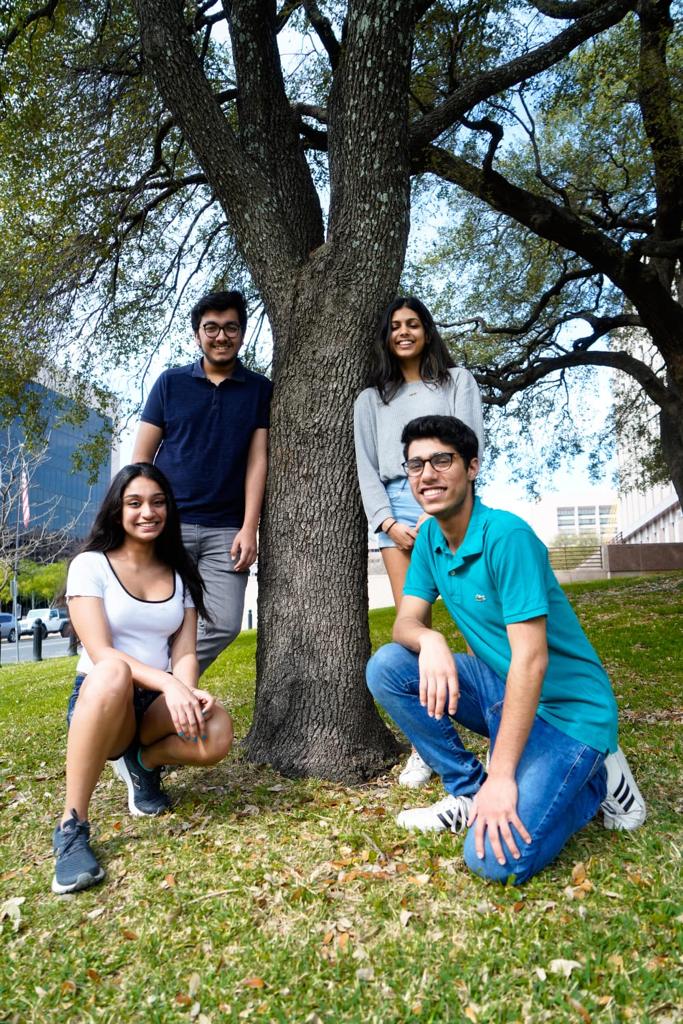 When the pandemic interrupted the spring semester of Bhalla’s freshman year, Bhalla went to live with his uncle in Virginia. Since moving to the United States in 2019, he has not been able to return to India.

“I don’t miss the food so much because I can cook, and I cooked a lot of Indian food during quarantine,” Bhalla said. “I miss my family and my friends.”

In response to homesickness, Bhalla stressed the importance of finding a network of friends that mutually help each other. Whether with different student organizations or among other international students from India, Bhalla sees community as his foundation and drive.

“I feel very fortunate that I am coming to one of the best universities in the world on a full scholarship,” Bhalla said. “By the time I leave, I just want to be known as someone who did great things for my community, for the university and for myself.”